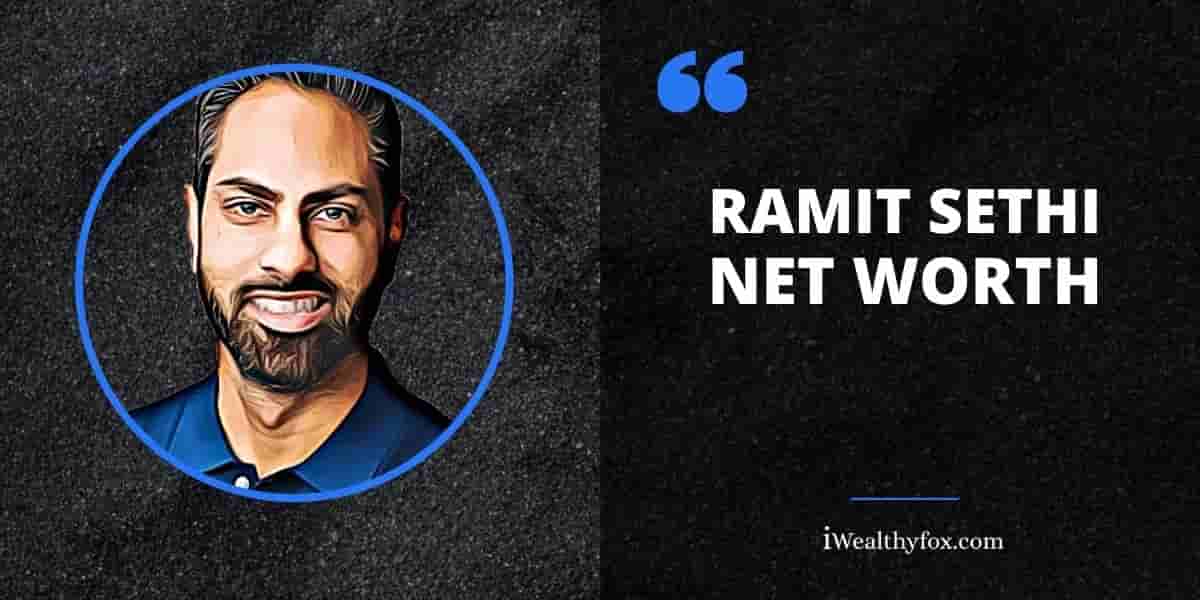 What is Ramit Sethi’s Net Worth?

Ramit Sethi is an American entrepreneur, personal finance adviser, and blogger. He has boasted an estimated net worth of $25 million. He is best known for his New York Times Best Seller book “I Will Teach You Have To Be Rich”.

He is the founder of Growthlab.com and IWillTeachYouToBeRrich.com. Reth is also a co-founder of PBworks.

Take some… ACTION… by grabbing some valuable lessons from the Ramit Sethi Success Story…!

Ramit Sethi’s real name is Ramit Singh Sethi. He was born in California, United States, on June 30, 1982. He is the son of Indian immigrants, his father is Prab Sethi and his mother is Neelam Sethi. His brother is Maneesh Sethi, who is the founder of Pavlok.

He went to  Bella Vista High School in Fair Oaks, CA for his high school. For further education, he attended the prestigious Stanford University, where he graduated in 2004, with a BA in science, technology, and society with a minor in Psychology.

The following year he received a Master of Arts in Sociology from the same college. And with a brief study duration at Oxford University.

It was his first year of college he got interested in the personal finance field. When he first invested his scholarship money into a stock market and immediately lost half of the money. That was the time when he decided to learn how money works.

During college time he was trying to run a small class about personal finance. But did not get a valuable response.

And then he started his blog “I Will Teach You To Be Rich”. Which started getting good responses. His website has millions of monthly traffic and thousands of subscribers on the email list.

After college, he started working as an intern for the marketing expert Seth Godin. Where he learned and gained the foundation of marketing.

In 2009, he released his book “I Will Teach You To Be Rich”. Which gained huge success and became the New York Times Bestseller.

After working as an intern with Sethi Godin, he co-founded PBworks, a commercial wiki for the enterprises.

He is also a founder of “GrowthLab”. Which provides information about how to grow your business online.

He is the CEO of IWT company, where his major source of income comes from providing online courses based on self-improvement and personal finance.

These are some of the courses created by Ramit Sethi.

He has also advised in a chapter of Tim Ferriss‘ Book “Tool of Titans”. He has appeared in several magazines and podcasts.

He married Cassandra Campa in 2019. She is a personal stylist and runs Nextlevelwardrobe.com. They Live together in New York City.

How Does Ramit Sethi Make Money?

Here are some of the major sources of income through which he has accumulated a net worth of $25 million…!

“If I don’t have at least 4 or 5 failures a month, I feel like I’m not trying hard enough”.

“Every failure contains valuable data that will point you in the right direction.”

“The single most important factor to getting rich is getting started, not being the smartest person in the room.”

Ramit Sethi is an American entrepreneur, author, and personal finance expert. He is the author of the best-selling book “I Will Teach You To Be Rich”.

His book is considered one of the best personal finance books that everyone must-read.

Also as per the recent updates, the net worth of Ramit Sethi is $25 million…!

Here are a few of the questions that are frequently asked about Ramit Sethi, such as Wikipedia, marriage, biography, worth, height, and more…

What is the Ramit Sethi age?

Where does Ramit Sethi live? Where is his House?

He was born in California, USA. But he currently lives in New York City, with his wife.

Who is Ramit Sethi’s Wife?

He married Cassandra Campa in 2019. She is a personal stylist and runs Nextlevelwardrobe.com. They Live together in New York City.

What is Ramit Sethi Blog?

Ramit Sethi’s blog name is “I Will Teach You To Be Rich”.

P.S: I wrote this blog post with a clear intention to have an impact on your life, especially on all aspiring authors, and entrepreneurs. To change your life.